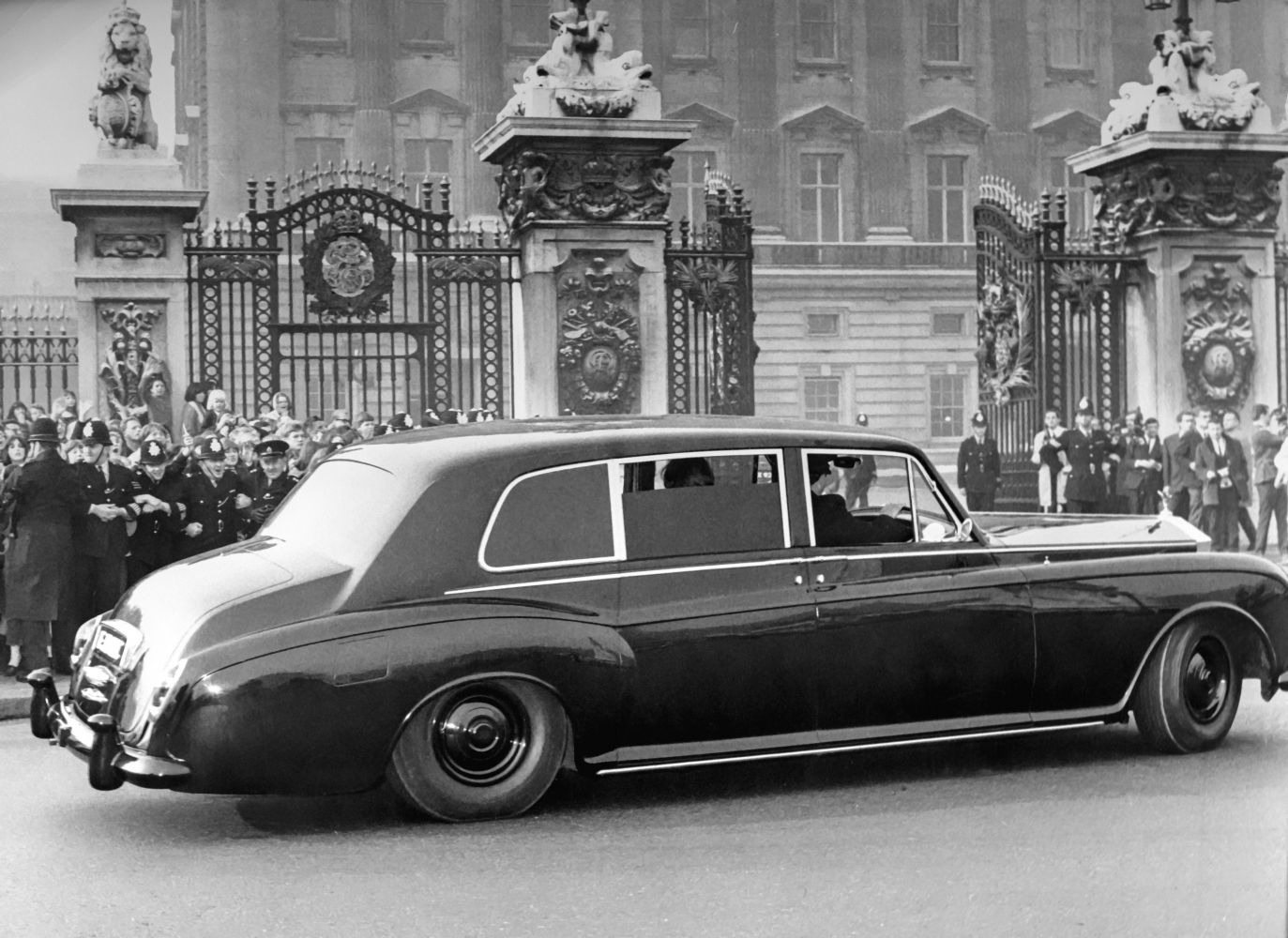 The desire for self-expression is fundamental to the human condition.  It is one of the principal reasons clients are drawn to Rolls-Royce, which offers matchless opportunities to push boundaries, redefine what’s possible and challenge established convention.

Our Black Badge series of motor cars captures this spirit in extremis.  And today, we look at how individualism, iconoclasm and even outright rebellion pervaded the marque’s history from its inception and continues to inform the unique offer Rolls‑Royce extends to its contemporary clients.

Although their backgrounds could hardly have been more different, the company’s founders both successfully challenged norms and conventions that might otherwise have bound them to unthinkable mediocrity.

Henry Royce overcame poverty, deprivation and a lack of formal education to become a world-class engineer who created ‘the best cars in the world’, eventually being ennobled for his achievements.  Cambridge-educated The Hon. Charles Stewart Rolls was born an aristocrat: he could have chosen a life of ease, indolence and privilege, but opted instead for the grease, grime and frequent peril of early motor-racing and aviation, becoming a leading pioneer in both fields.

Today, we would call them ‘disruptors’ – outliers, visionaries and subversives who shape the world by doing things in ways no one else ever dreams – or dares – to try.  No wonder then, that the marque has always proved so beguiling to others who share their rebellious nature.

The Black Badge family of Rolls-Royce motor cars, launched in 2016, is the ultimate expression of this spirit of individualism, self-expression, creativity and iconoclasm.  And while clients have a virtually unlimited choice of exterior finishes, one colour above all still consistently exerts a special fascination and powerful allure when applied to our motor cars – just as it has throughout the marque’s long history.  Black.

The colour black has long been associated with power, strength and authority.  It is intense and substantial. Black also speaks of elegance and confidence.

Over the decades, there have been many notable examples of bespoke Rolls-Royce motor cars finished in black.  Each of the following examples, spanning more than 30 years, has a unique place in the marque’s history, and demonstrates how its owner took the all-black theme in a unique and memorable direction.

In 1930, at the personal request of Henry Royce, designer Ivan Evernden penned an experimental Phantom II Continental, designated 26EX, designed specifically for long-distance Continental touring.  It had a short chassis and close-coupled four-seat saloon body, with the two spare wheels mounted vertically behind the luggage compartment for optimum weight distribution.  The coachwork, erected by Barker & Co, sat on a sub-frame designed to cope with sustained high speeds and powerful braking forces.

On its first outing, Evernden and Don Carlos de Salamanca drove the car to a concours d’elegance in Biarritz, where it won the Grand Prix d’Honneur.  Following this victory, Rolls‑Royce decided to launch a ‘series’ model with the same mechanical attributes and overall coachwork dimensions as 26EX, giving coachbuilders and owners scope to accommodate their own taste in design.

The first such car, 94MY, built in 1933 for a Mr Samuel Coxhill, has bodywork known as an ‘Owen Fixed Head Coupé’, a specialism of London coachbuilder Gurney Nutting. The adjustable front bucket seats, twin windscreen wipers and flush-fitting direction-indicators behind the side windows were all unusual for the period and intended to make long-distance Continental touring more relaxed.

Designer Ivan Evernden declared: “It is the criterion of a good car that one can drive it the whole day long and at the end feel fresh and relaxed enough to enjoy dinner”.

At that time, the vast majority of Rolls-Royce coachwork was finished in either black, or shades of maroon or blue, so dark as to almost seem black.  94MY was ordered in black with “special brown leather, piped in light brown, carpets and headlining to tone, and woodwork to be highly polished veneers”.  Combining high performance with superlative comfort and a unique personalised finish, if any 1930s Rolls-Royce could lay claim to embodying the spirit of today’s Black Badge, it is this one.

The Phantom V was launched in 1959 to replace the venerable Silver Wraith.  A much larger car, it was intended primarily for chauffeur-driven use, and all but a very few bodies were of limousine design.  Most were finished in black, and used either on formal occasions, or for private use by members of the wealthy establishment.

One exception was 5AT30.  Delivered in September 1960, its proud owner was HRH The Duke of Gloucester, third son of King George V and Queen Mary, and uncle to HM Queen Elizabeth II.  The body was based on coachbuilder James Young’s PV15 design, today regarded as among the most elegant on the Phantom V chassis.

Although about as ‘establishment’ as it’s possible to be, His Royal Highness clearly had strong ideas about what he wanted in his Phantom V.  His most obvious departure from the accepted norm is the paint combination of matte black to the horizontal surfaces and gloss black on the vertical planes.

Other Bespoke items include a much smaller-than-standard backlight, large foglamps, door-mounted driving mirrors, sliding shutters to the rear windows and two Stephane Grebel spotlights. The front of the car is dominated by Lucas R100 headlamps, in place of the usual faired-in headlights.

The Spirit of Ecstasy mascot, though supplied, was not fitted, her place taken by the Duke’s own mascot of an eagle in flight.  And perhaps for the first time in the marque’s history, the chassis card states that the car was supplied with ‘an umbrella in holder’ – a standard feature on today’s Rolls-Royce motor cars.

On 30 January 1965, the Duke and Duchess were travelling home from Sir Winston Churchill’s funeral when the car skidded off the road and down a shallow embankment, turning over three times and landing on its roof!  None of the occupants suffered serious injury; and such was the resilience of the James Young coachwork that 5AT30 was rebuilt and continued to render sterling service to its owner for years to come.

In 1964, The Beatles stormed the world with A Hard Day’s Night.  In December, as a gift to himself, John Lennon ordered a brand-new Rolls-Royce Phantom V from R. S. Mead of Maidenhead.  The specification was, as one might expect, highly individual: he wanted the car not just to be black, but black everywhere, inside and out, including all the brightwork that would normally be finished in chromium plate or stainless steel.

The car, built by Mulliner Park Ward, was duly supplied with all-black gloss paintwork, including the wheel discs and bumpers.  Only the iconic Pantheon grille and Spirit of Ecstasy mascot retained their conventional chrome finish, at the marque's insistence.

It was also one of the first cars in Britain to have blacked-out windows, made from darkened, reflective Triplex Deeplight glass, 3/16” thick in the rear doors and 3/4” in the rear quarterlights, backlite and division glass – but not, as one might suppose, solely for reasons of privacy.  “People think they’ve got black windows to hide.  It’s partly that, but it’s also for when you’re coming home late,” Lennon told a Rolling Stone interviewer in 1965.  “If it’s daylight when you’re coming home, it’s still dark inside the car – you just shut all the windows and you’re still in the club.”

The interior featured black Bedford cord cloth and black nylon rugs in the rear compartment, and black leather in the front.  There were electrical aerials for a radio and a Perdio Portarma television set, and a seven-piece set of black fitted luggage. Legend has it that the car also had a record player, radio telephone, fridge, writing table and red mood-lighting: this remains unproven, but could easily have been later additions; likewise, a rear seat that, according to many accounts, could be converted into a pull-out bed.

Such bold, imaginative and unconventional choices are, of course, entirely consistent with Lennon's status as one of the 20th Century's greatest cultural innovators.  Quite apart from changing the face of popular music forever, he's also credited with being among the first non-athletes to wear trainers as footwear, away from sporting grounds, much like the streetwear phenomenon that pervades the catwalks and boardrooms of the 21st century.  In a photograph of the Fab Four taken in 1967, Lennon is wearing what appears to be a pair of Adidas Stan Smith tennis shoes – still one of the most desirable designs from 'the brand with three stripes' more than half a century later.

Later, the car was repainted in a game-changing, vivid psychedelic electric yellow, embellished with flowers, Romany scrolls and signs of the zodiac.  It is wholly unique, indelibly identified with its owner and, in certain quarters, generated its share of controversy – perhaps the perfect encapsulation of the Black Badge spirit.

That unquenchable spirit continues to be expressed in new and dynamic ways through the ever-evolving Rolls-Royce Black Badge family. 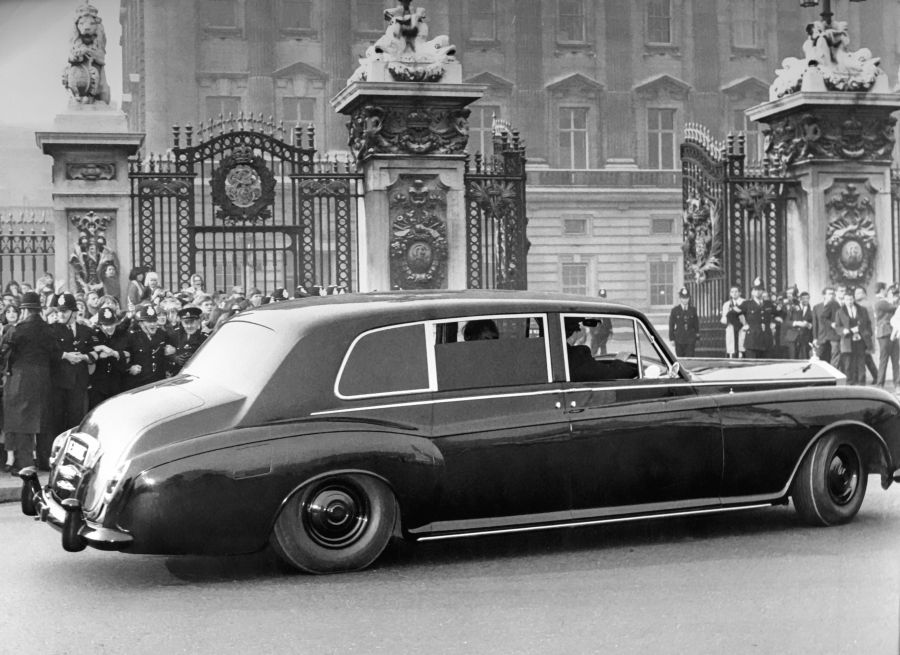 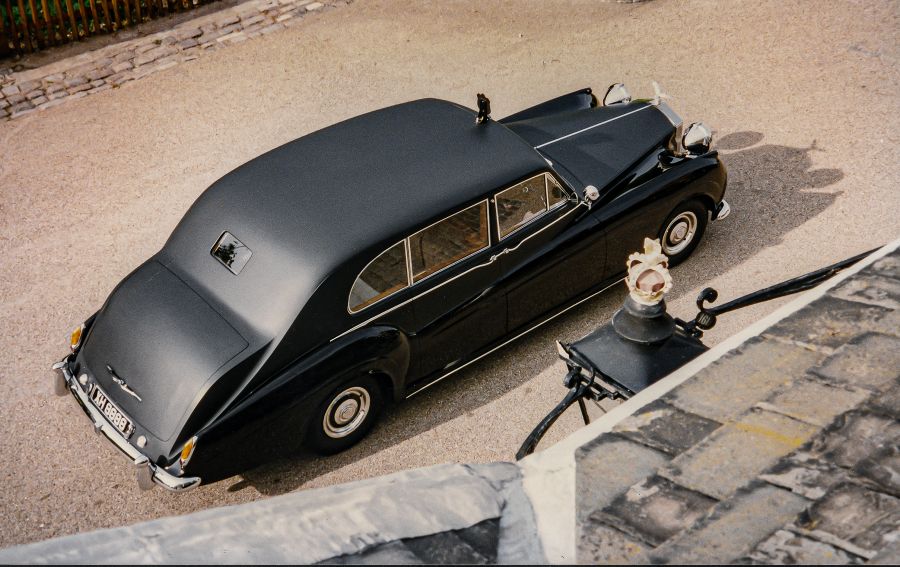 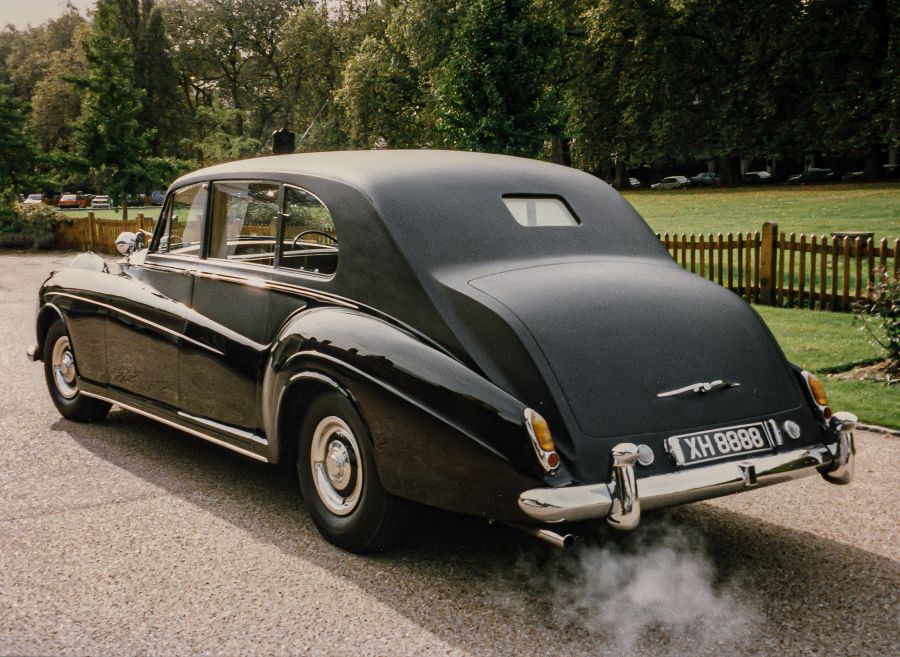 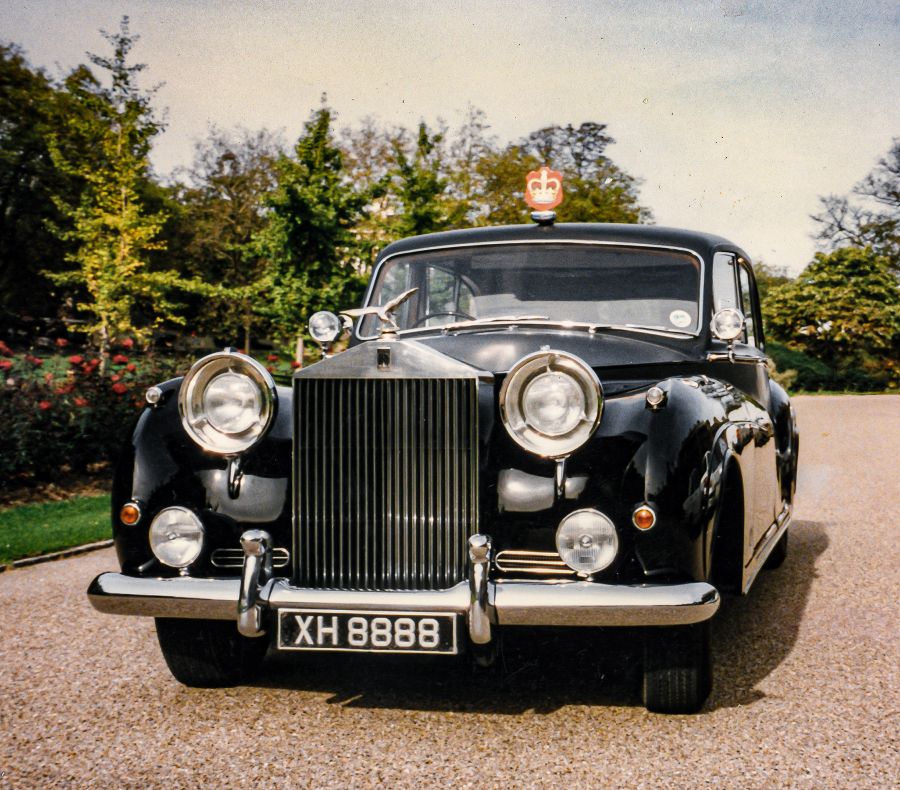 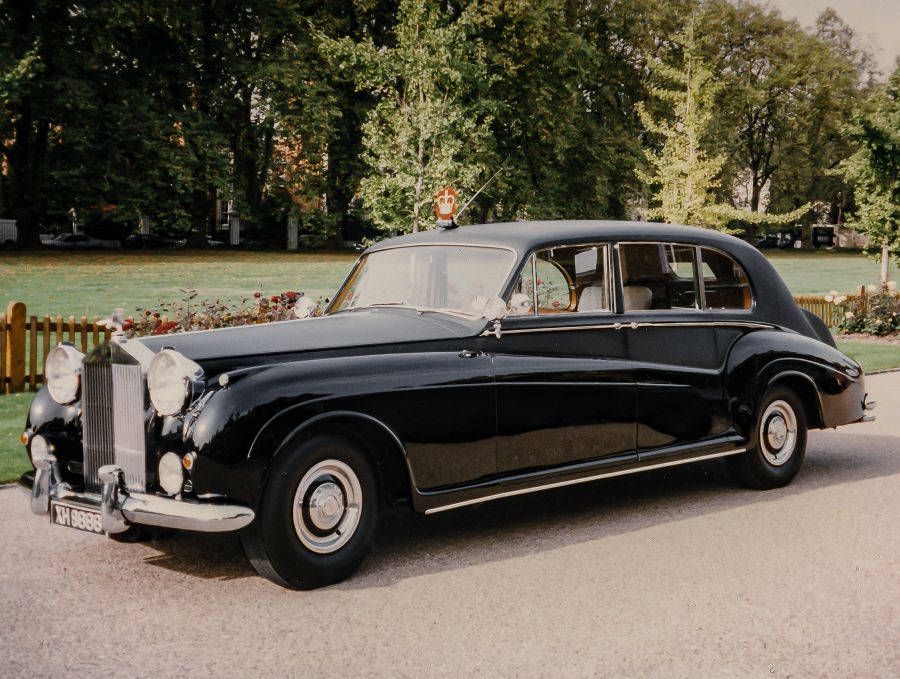 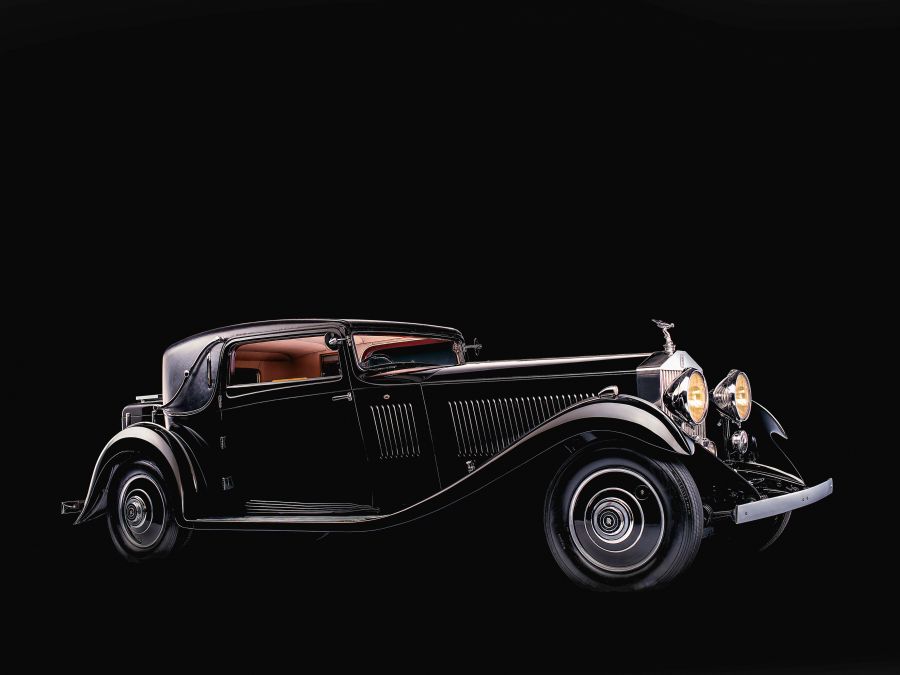 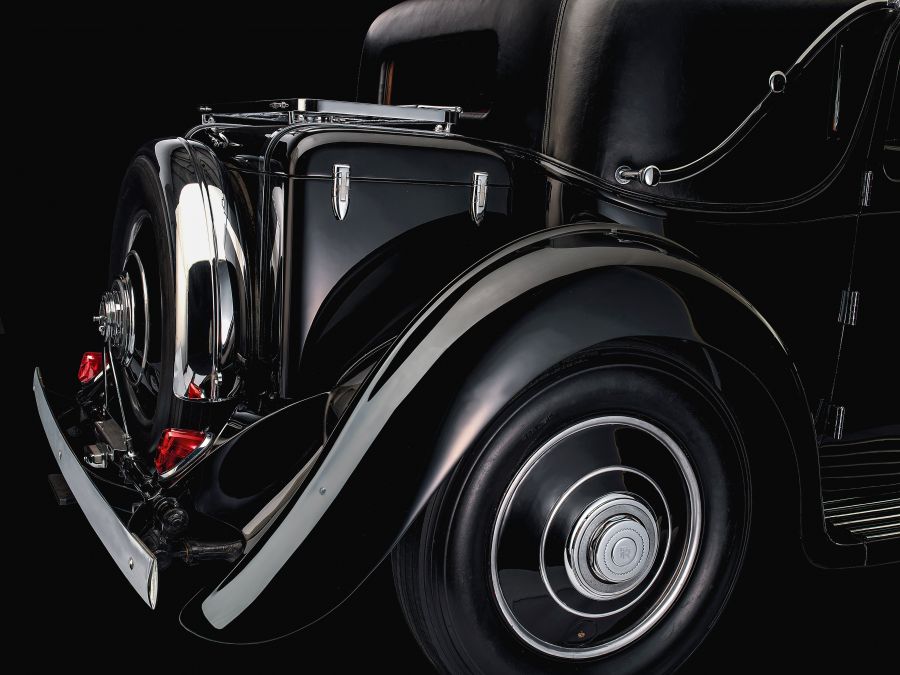 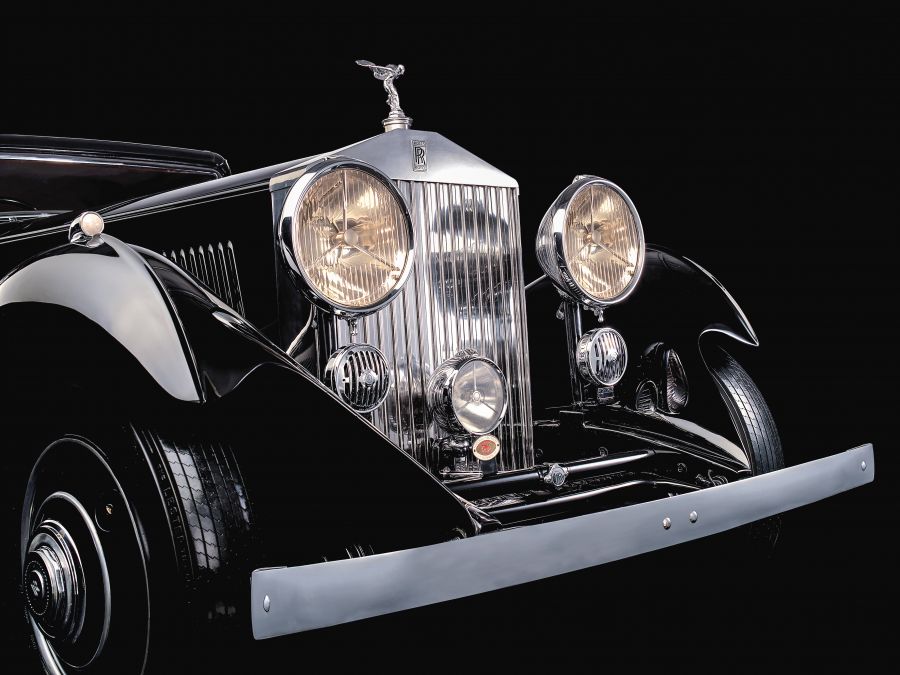