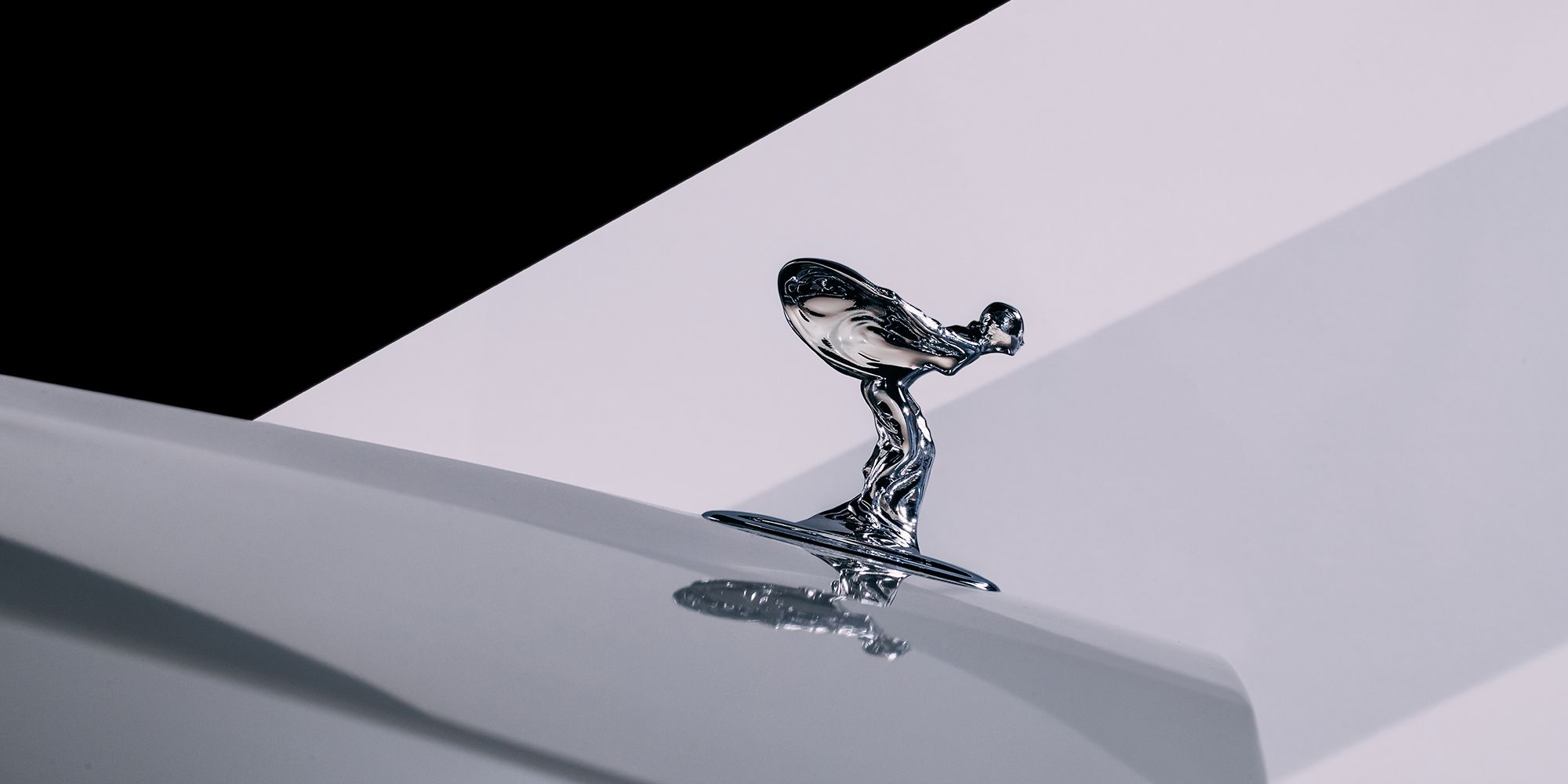 The figurine has been remodelled with a lower, more dynamic stance that brings her much closer to the drawings made by her original creator, the illustrator and sculptor Charles Sykes, in the early years of the 20th century. It also sees her physical form represent The Expression, a visual device that forms part of the marque's new visual language.

The new Spirit of Ecstasy stands 82.73mm tall, compared to her predecessor’s 100.01mm. Her robes, which flow behind her in the slipstream – often but erroneously characterised as ‘wings’ – have been subtly reshaped to make them more aerodynamic and realistic.

The most visible change is her stance. Previously, she has stood with her feet together, legs straight and tilting at the waist. Now, she is a true goddess of speed, braced for the wind, one leg forward, body tucked low, her eyes focused eagerly ahead. These changes have both practical and stylistic benefits, contributing to Spectre’s remarkable aerodynamic properties. The earliest Spectre prototypes have a drag coefficient (cd) of just 0.26, making it the most aerodynamic Rolls-Royce ever created. The figure is expected to improve during the product’s exhaustive testing protocols undertaken in 2022.

This new expression captures the essence of Charles Sykes’ original drawings, but rather than simply being ‘redrawn’ or ‘redesigned’, her new shape has been digitally sculpted by a computer modeller working at the Home of Rolls-Royce, who has a passion for life drawing and sculpture. Their experience in this field was invaluable in developing the figurine’s elegant lifelike facial features as well as her expression, which deftly combines focus and serenity. The designers also consulted stylists at Goodwood for their perspective on her hair, clothes, posture, and expression, adding an authentically contemporary aura to her dynamism and commanding presence.

While all figurines are made using one of the oldest known casting techniques, named ‘lost wax casting’ or ‘cire-perdue’, each is individually finished by hand, so will be minutely different from figurine to figurine. As well as continuing a long Rolls-Royce tradition – until 1939, the mascots were made and polished by Charles Sykes himself – this subtle, ephemeral human element creates an intriguing contrast to the precise, highly engineered motor car she sits atop.

Though relatively rare in the modern era, changes to the Spirit of Ecstasy have been made throughout her 111-year lifespan. She has been rendered in various sizes and materials and, briefly, in a kneeling position. The new version created for Spectre will appear on all future models: the current design will still be used on Phantom, Ghost, Wraith, Dawn and Cullinan and their Black Badge alter egos where applicable.


AN ARTISTIC EXPRESSION OF THE ICON

Simultaneously, Muse, the Rolls-Royce Art Programme, has announced the jury for the Spirit of Ecstasy Challenge. This inaugural initiative invites the brightest and boldest young creatives to reimagine the icon of the Spirit of Ecstasy in a context beyond her current home on a Rolls-Royce motor car. In doing so, these young artists will create high-concept pieces that surprise, delight and inspire.

For each edition of this prestigious biennial event, a global panel of expert judges will select a medium for the emerging designers from which to create an artistic interpretation of the Spirit of Ecstasy. For this edition, that medium is textiles. The esteemed jury members are: Anders Warming, Director of Design, Rolls-Royce Motor Cars; Yoon Ahn, Creative Director of Ambush and Jewellery Director at Dior Men; Tim Marlow, Director and Chief Executive of the Design Museum in London; and Sumayya Vally, Principal of South African architectural practice, Counterspace. Together, they will select three finalists to participate in this extraordinary artistic initiative. 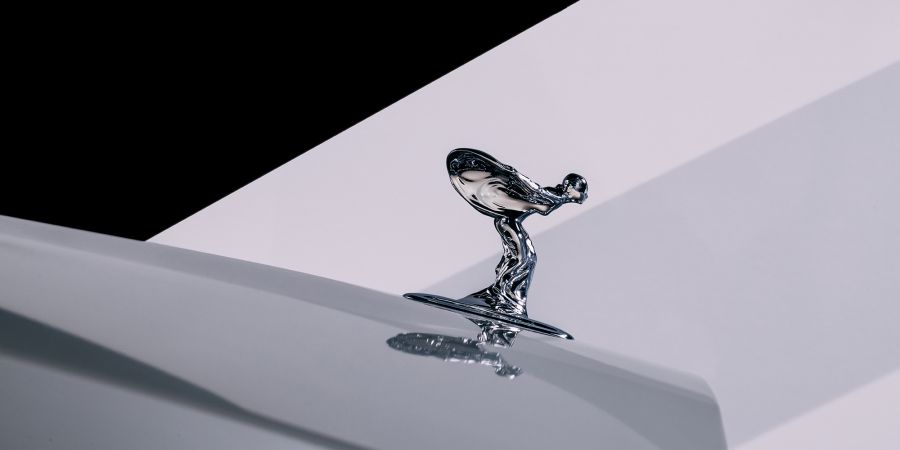 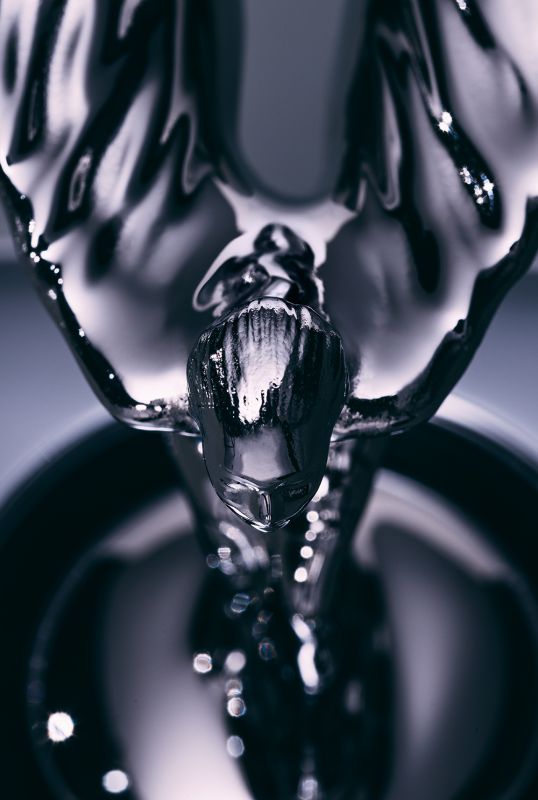 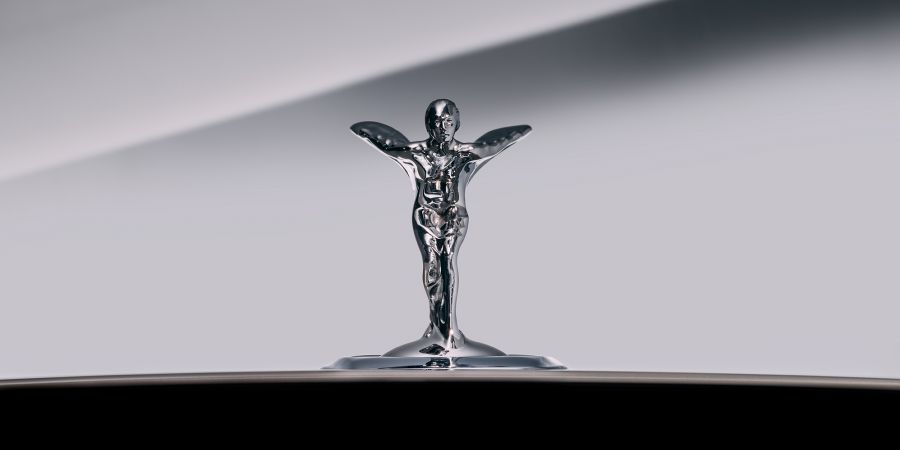 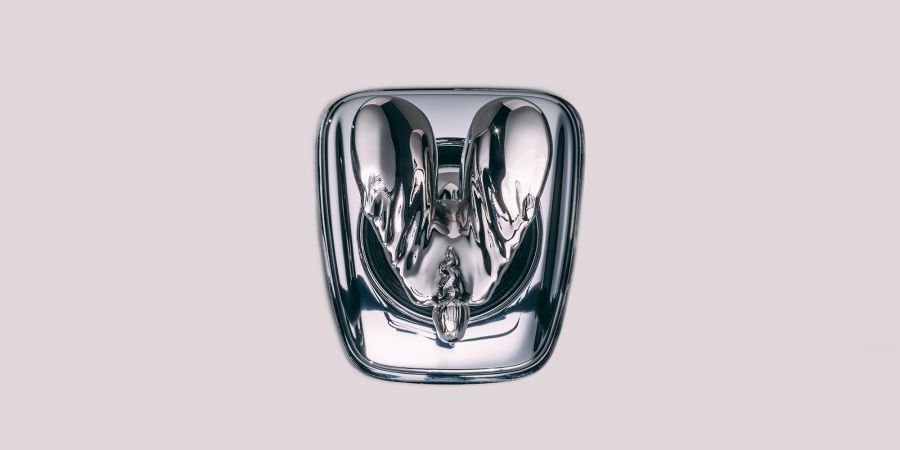